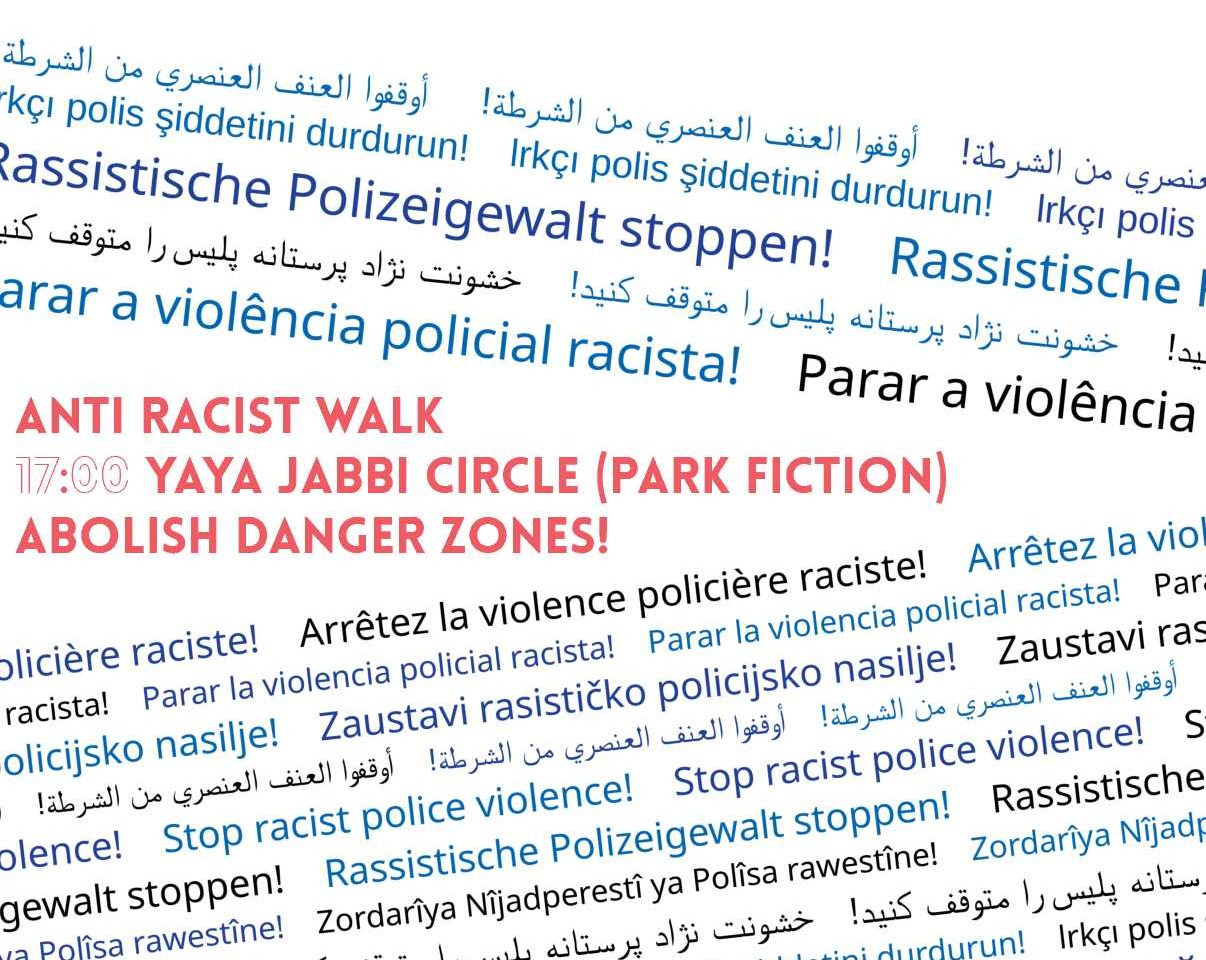 This sad list can be extended indefinitely. So many people – not only in Germany – have been abused, murdered and killed by the police and judiciary. In addition, there are thousands who have been and are affected by violent attacks by the police. Thousands have been subjected to harassment and discrimination by the police again and again. Because in the eyes of the police they are “different”, “criminal”, and “endanger security”: People with a (supposed) migration background, precariously living and homeless people, sex workers*, people beyond the gender norm, left-wing activists*, people who are declared ill.

When people are killed by the police, the circumstances are rarely clarified and only through great social pressure. Unfortunately, there is hardly one. Policewomen* enjoy great power and integrity and move in a society that is itself structured by racism, sexism and hierarchies. Most people look away and believe that the police is already doing the right thing. Or worse, they loudly call for state authority.

The tendency of the increasingly authoritarian state apparatus is noticeable for many. We remember the massive police violence against the G20 protests in Hamburg in 2017. At the same time, left-wing media is being banned, self-organized spaces are being destroyed and the tightening of police laws already introduced or imminent in some federal states will massively expand the powers of the police and judiciary and make it almost impossible to defend oneself against police violence. Meanwhile, extreme right-wing groups and movements in Germany are being established and covered by the police and the “Verfassungsschutz” (Office for the Protection of the Constitution). Just recently, a lawyer from Frankfurt am Main received threatening letters from the so called NSU 2.0. The data used for this threat scenario came from a police database. The police – like other professional groups with authority – is an attraction for rights.

We are constantly confronted with lies: there is no racist profiling, because it is forbidden. There is no structural racism, only individual cases. Police measures are carried out as the situation requires. The abused person was a danger. What the police does is objectively correct.

It is essential to make police violence visible, to disclose the systematics of police and judicial procedures and to strengthen the position of those who are affected!

We want to establish March 15th as International Day Against Police Violence. Already in 1997 numerous actions were launched, initiated by the C.O.B.P. (Collectif Opposé à la Brutalité Policière) from Montréal and the anarchist group “Black Flag” from Switzerland. Since then, on March 15th every year, people from all over the world have taken to the streets to commemorate people mistreated and killed by the police and to defend themselves against police violence. They want to set an example: A sign of solidarity, a sign of vigilance, a sign of warning and a sign of remembrance.

We fight in solidarity against the harassment and repression by the police. We defend ourselves when the police takes action against us because we do not fit into the picture of the “good” citizen. Because we are classified by the police into a milieu which they consider to be potentially criminal and therefore should at least be monitored, if not punished, because of characteristics which do not correspond to the majority society. We go side by side when the police shows us through frequent checks, searches and reports that they have us under suspicion and demonstrate their power to us. Our solidarity will not bring these conditions to their knees, but we take a stand against circumstances that too many consider normal.

We call for vigilance. Too many look away. Too many think that the police is doing everything for a legitimate reason. That there can be no such thing as two-class thinking in the police. But no, in a society in which privileges are to be protected by exclusion and unequal distribution, in which the equality of people counts for nothing, it cannot be assumed that the police acts objectively. On the contrary, the police acts on the basis of racist laws, laws that protect property, laws that determine which trade is illegal, laws that prohibit earning money beyond the official labor market and laws that prohibit emancipatory left activism. And at the same time it is endowed with all state power and under hardly any pressure to justify itself, neither from the judiciary nor from society. But we are aware!

On this International Day, we would like to send a warning against police violence! We want to tell the police and all those who applaud them that we understand what is going on. That we do not agree with what is going on. That we do in no way want people to be mistreated, beaten and murdered. We know that the more we are aware, the more we resist and connect with each other, the more repression we can expect. We have no illusions. But you will not be able to prevent it!

And we’d like to commemorate. We think of all those who have been injured, killed and murdered by police worldwide. Most of them have not yet received justice. We must never forget these people!

Let’s protest loudly and creatively. On March 15th and every other day, here and everywhere in the world! Start actions in your place of residence, join together, show solidarity and get loud!

* We are an alliance of different Germany-wide groups working on police violence and racism in the police: KOP (Kampagne für Opfer rassistischer Polizeigewalt) & CopWatch.